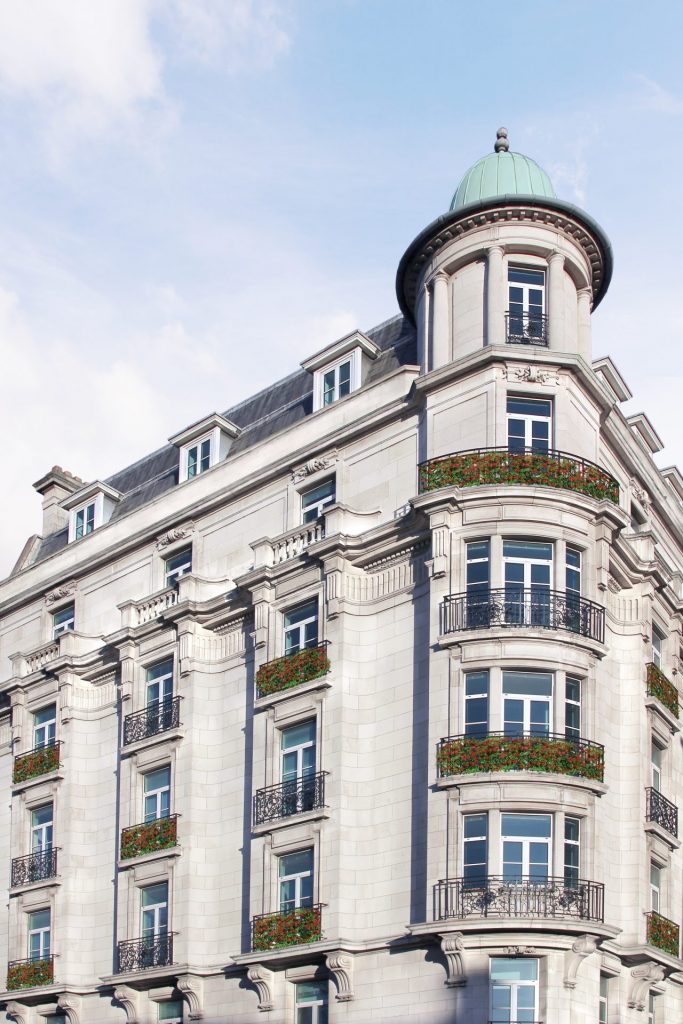 The ultimate royal watchers’ home, with views straight into Buckingham Palace’s 40-acre gardens (the Queen and her entourage of corgis have been spotted alighting from a helicopter), No 1 Palace Street sits on a vast island site, with a main entrance opposite the Queen’s Gallery.

Part of the hotly contested ‘Buckingham Palace quarter’ in SW1, luxury developer Northacre has transformed a Beaux-Arts building – originally used to put up Queen Victoria’s guests when the Palace had run out of rooms – into 72-high spec trophy homes. Residents are serviced by a 24-hour concierge and have use of a swanky gym, swimming pool and 14-seat cinema.