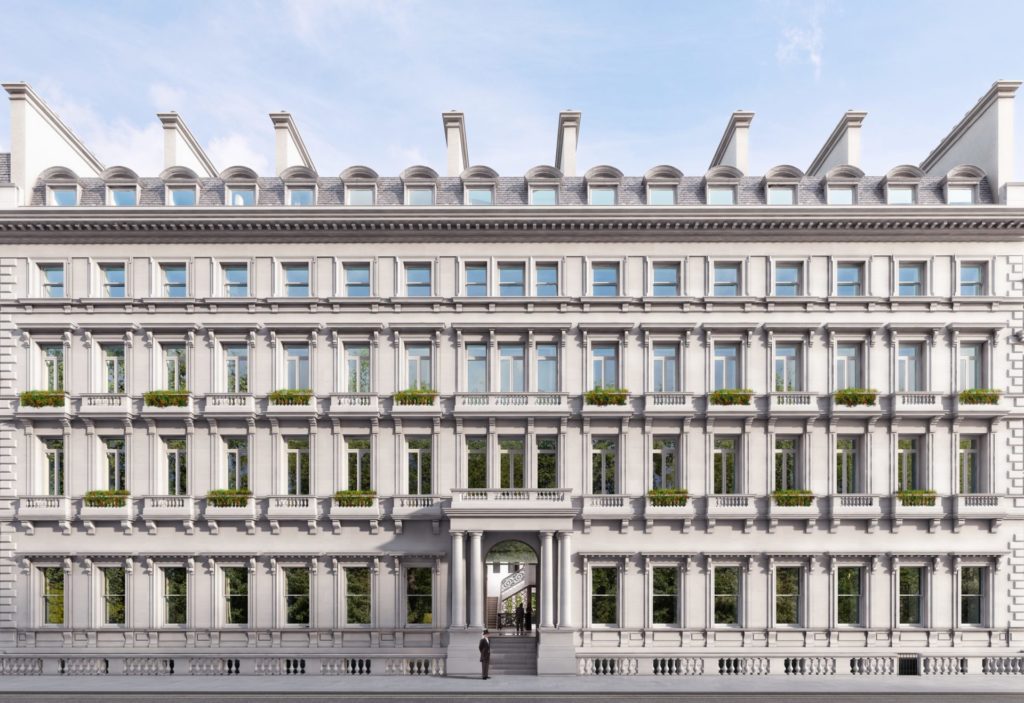 Property of the month: No.1 Palace Street, a restored hotel opposite Buckingham Palace

If walls could talk, No.1 Palace Street’s would have a lot to say. The former Palace Hotel, one of London’s first five-star establishments, was built in 1860 and frequented by many a duchess, duke and foreign dignitary during its heyday, thanks to its proximity to Buckingham Palace. With the royal residence just a few yards away, the Palace Hotel became the favoured hangout of Queen Victoria’s guests. Later converted into government offices, the building has now been restored to its former glamorous glory by luxury developer Northacre, a project set to complete at the end of the year.